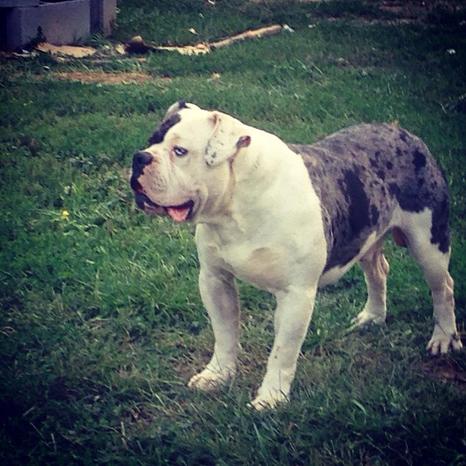 Hydro was produced by United Alapaha Bulldogs' breeding of
NBK'S Slater Stone
X
LSK'S Ivory Pearl
20"@ withers and 73lbs
He is a extremely dominant Stud. He is fast and aggressive which are characteristics I prefer in a bulldog. He has earned his International Champion title. He is a tad smaller than his father but has the same build as his mother Ivory and the same attitude. He is one of the best guard dogs in my yard at night. If this boy hears something, he is ontop of it in a matter of seconds but yet gentle enough around my kids that they have used him as a pillow when they've took naps together.
united alapaha bulldogs