UAB’S Darth Vader Vader is one of the healthiest stud dogs in the breed.
PennHIP is 41. .44
OFA Hips - GOOD
OFA Elbows - Normal
OFA Cardiac - Normal
OFA Thyroid - Normal
Ichthyosis - Clear
DM - Clear
NCL - Clear
Vader is 24” 85lbs with crazy drive and insane athleticism. Best of all tho, Vader is a very intelligent ABBB. He comes down from our favorite foundation female and inherited all of her abilities. Vader has already produced an International Puppy Champion Vader also comes from a strong healthy heritage. Half sister Bella Jade passed her OFA Hips at 3 years old with a GOOD, nephew Dillinger has the best PennHip of the breed, and littermate Hydra Jade also passed with a OFA good making them the first littermates to pass with a OFA rating of GOOD on hips at the time of the X-rays.

UAB’S Princess Leia’s Madness Leia is 22” 63lbs and has one of the most correct conformation in our stock. She is also thoroughly Health Tested.
OFA Hips - GOOD
OFA Elbows - NORMAL
OFA Cardiac - NORMAL
Ichthyosis - CLEAR
DM - CLEAR
NCL - CLEAR
PLL - CLEAR
HUU - CLEAR
EMBARK HEALTH TESTED
Leia is a loving female with a mean prey drive. She can run for days and leap over anything in front of her. Her brother, UAB’S Prometheus’s Madness recent earned 4x BOB at the IABCA show in Ohio and BIS reserve rare breed. He also has an awesome PennHip of .43 .39. She is sired by UAB’S Boss who is a littermate if one of our premier females GR CH UAB’s Wicked Wicca Pearl that also is one of the healthiest females of the breed and has working titles to match. 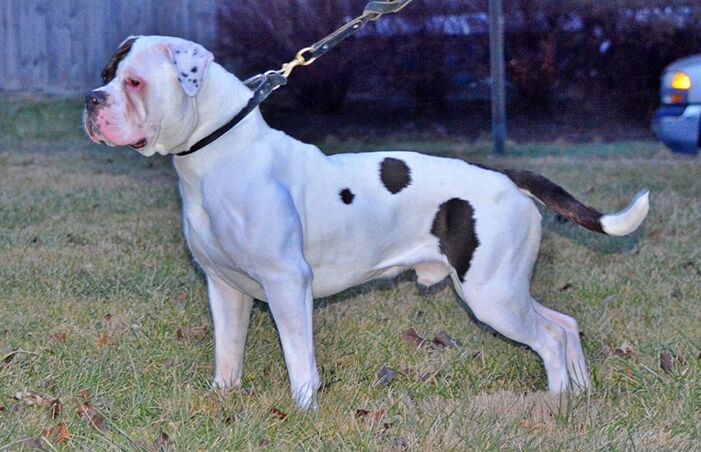 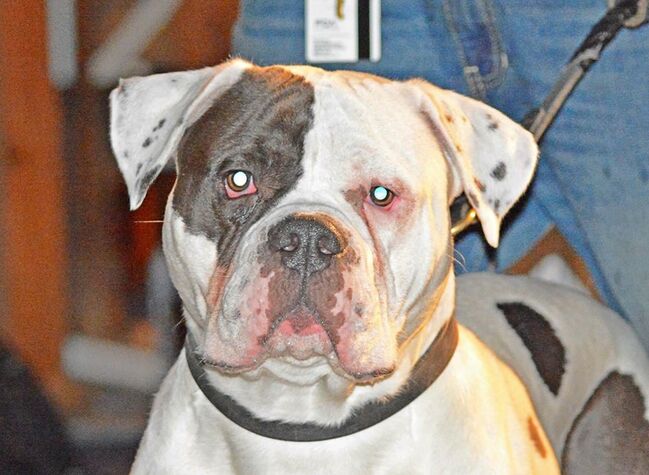 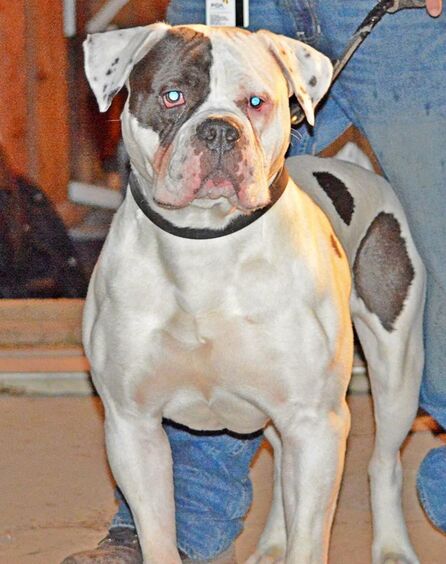